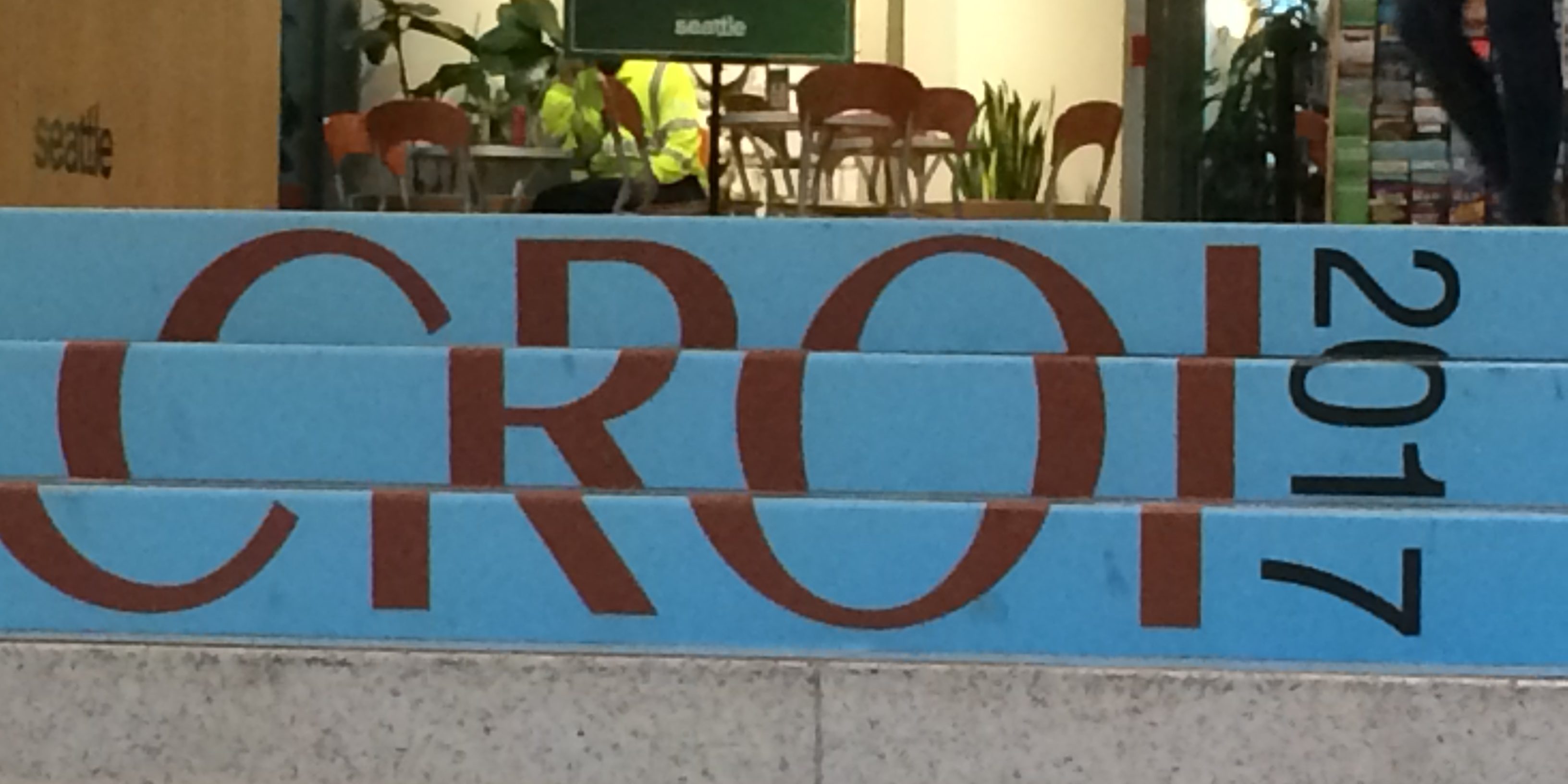 Back to Seattle again!!

The brand new CROI 2017 started in sunny Seattle with the 7th Workshop for New Investigators and Trainees (1).

Dr Paul D. Bieniasz from New York described advances in the comprehension of HIV-1 in terms of Molecular Virology. HIV replication cycle is a mean of understanding the development of antiretroviral drugs. Indeed, HIV-1 transcription start site entirely affects RNA fate, such as HIV-1 maturation (different protein-protein interactions), assembling of viral genetic material and proteins, and morphological transition into an infectious form of HIV. Viral capsid affects infectivity via nuclear entry, and the integrase enzyme acts during the late stage of HIV-1 replication. Capsid and Integrase inhibitors interfere respectively with maturation of the capsid and the whole virion, both blocking infectivity of HIV-1.

Dr Richard A. Koop from Bethesda began his presentation with an overview of neutralizing monoclonal antibodies (mAb) discovered since 2009, displaying 5 separate binding sites (CD4 Binding Site, gp41 MPER, Trimer gp120/41, N332 Glycan Supersite and V1V2 Apex). He then reported progresses in antibody engineering, in terms of mAb potency and breadth, which are difficult to obtain at the same time for one antibody through structural changes. This is the reason why we engineer combined or bispecific antibodies with exquisite HIV-1-neutralizing activity, or modulated Fc regions with improved effector function and prolonged half-life. Clinical use of HIV antibodies implicates different threshold of these molecules in prevention or therapeutic settings of clinical trials.

Dr James A. McIntyre from Johannesburg covered recent advances in HIV prevention, especially new biomedical, behavioral and structural approaches in order to target all points of the cycle of HIV-1 transmission and close the prevention gap. Efforts should combine developing new longer lasting technologies, improving scale up of existing interventions, combining succesful strategies, and working towards an effective HIV vaccine. The key words in order to Stand Up for Science are Convergence (of treatment and prevention technologies), Context (of prevention intervention matters), and Controversy (because of the risk of political interference in HIV prevention science).

Dr Judith S. Currier from Los Angeles highlighted new insights in long-term complications of HIV-infection: CVD, non-AIDS cancers, osteoporosis, diabetes mellitus, frailty, cognitive disorders, chronic liver diseases, COPD and chronic renal disease. These non-communicable diseases still remain an important source of morbidity and mortality despite the widespread use of early ART, because of different individual risk profiles (++target those at higher risk) and insufficient interventions on traditional risk factors of diseases. Indeed, even if there are no major differences in classes of ART between patients, higher levels of innate/adaptive immune activation, level of ART coverage, and assessment of lifestyle need to be integrated into HIV treatment programs.

Dr Nicolas Chomont from Montreal did an outstanding presentation on mechanisms of HIV persistence in active or latent reservoirs and the potential of HIV cure. Even if persistent replication is still debated among scientists, latency and proliferation as a mechanism of persistence of HIV clones nourish HIV reservoirs. Current approaches to HIV eradication or remission include early ART strategies (in order to limit the establishment of reservoirs), latency reversal (in order to reduce the size of the reservoir), immunotherapies (in order to control the reservoir) and host genetic modifications (in order to protect against HIV-infection).

Workshop W2 treated clinical trial design and analysis. Dr Deborah J. Donnell from Seattle (3) developed evidence of prevention trial design in the era of PrEP. Even if daily oral PrEP has currently been proven effective, yet it is not fully effective in all populations. Specificities of prevention trials are that effectiveness is variable (dependence on the risk group and its subsequent adherence rate), and that efficacy is dependent on standards of population (current rollout to high priority populations) and proof of concept (mode of action and mode of delivery of the products). Current designs of clinical trials regarding the pipeline of prevention agents use goals of superiority or non-inferiority (relative efficacy and infection rate) versus standard of care represented by oral FTC/TDF (active comparator) with rather large sample sizes. Further advance of HIV prevention will concern development of vaccines, alternative oral regimens, long-acting or coitally dependent prevention strategies.

Dr James R. Hargreaves from London (4) discussed the framework to use implementation science trials. This type of trials answer questions about how best to implement and deliver technologies (drugs, vaccines or surgical procedures) in real-life health, community or other settings. Implementation science trials should be guided by the principles of CONSORT (the rules of RCTs) and adapt to each situation implicating four key points: i) be cluster allocated, ii) be pragmatic in outlook (enrol study participants who are representative of the intended target population), iii) incorporate process evaluation (ideally guided by the UK MRC Process Evaluation framework for complex interventions), and iv) be smart and persevere if randomisation is not feasible (lack of investigator or ethics control).

Dr Carl A. Latkin from Baltimore (5) developed methods for recruiting hard to reach populations. Respondent Driven Sampling (RDS) is a peer based recruitment approach that may provide population estimates. In the field of HIV and STI research, RDS has been used to recruit substance users, commercial sex workers, and men who have sex with men. Use of RDS as a reliable sampling methodology implicates that studies meet the assumptions for RDS: in-degree movements are equal or proportional to out-degree movements, recruitment probability is inversely proportional to degree, and recruits are drawn randomly from those comprising the degree. Systematic biases of RDS sampling include geography and recruitment biases. Other recruitment approaches include social network sampling that may be combined with RDS in order to improve sampling strategy.

Dr Susan P. Buchbinder from San Francisco, CROI 2017 chair, welcomed the 4200 participants coming from 90 countries, openly defending « Science, Not Silence ». She clearly stood up for free exchange of scientific research information that is vital to efficient response to health threats. She introduced Dr Jeffrey D. Lifson from Frederick (10), who interestingly presented insights into HIV prevention, pathogenesis and treatment from NonHuman Primate models (NHP) during the Bernard Fields Lecture. The diversity of NHP models implicates to choose the best model according to each question of interest. Selected and used thoughtfully NHP models can recapitulate key aspects of human HIV infection and AIDS but we must keep in mind that monkeys are not people, and that viruses used in NHP models are not HIV-1. NHP models have yielded key insights into HIV transmission (characterization of the earliest stages of infection, pathways of early viral spread), pathogenesis (initial host response and persistent immune activation), mechanisms of viral persistence and treatment. With proper support they will continue to advance efforts towards HIV prevention and better treatments, better understanding of disease processes and attempts to HIV cure. 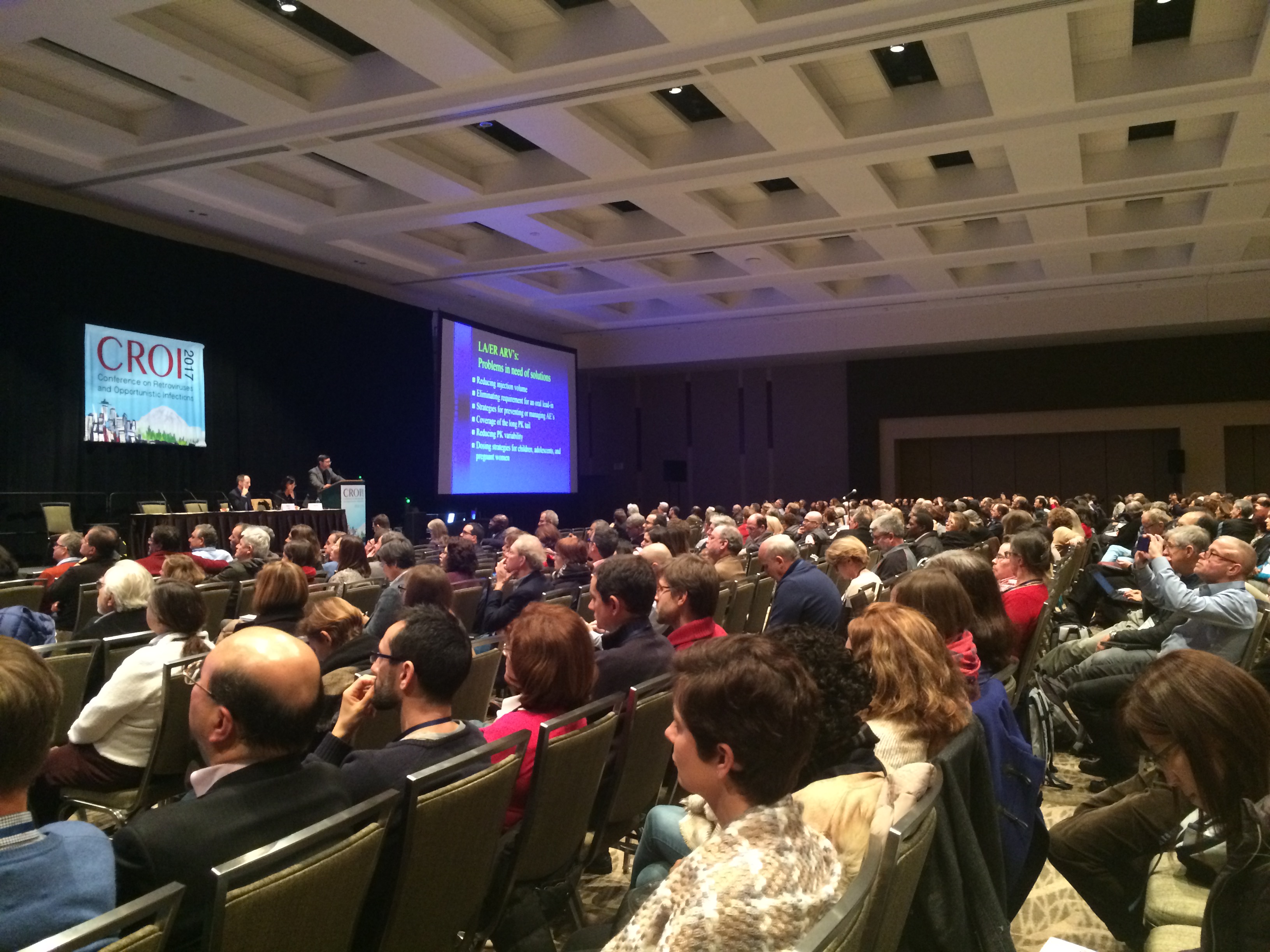 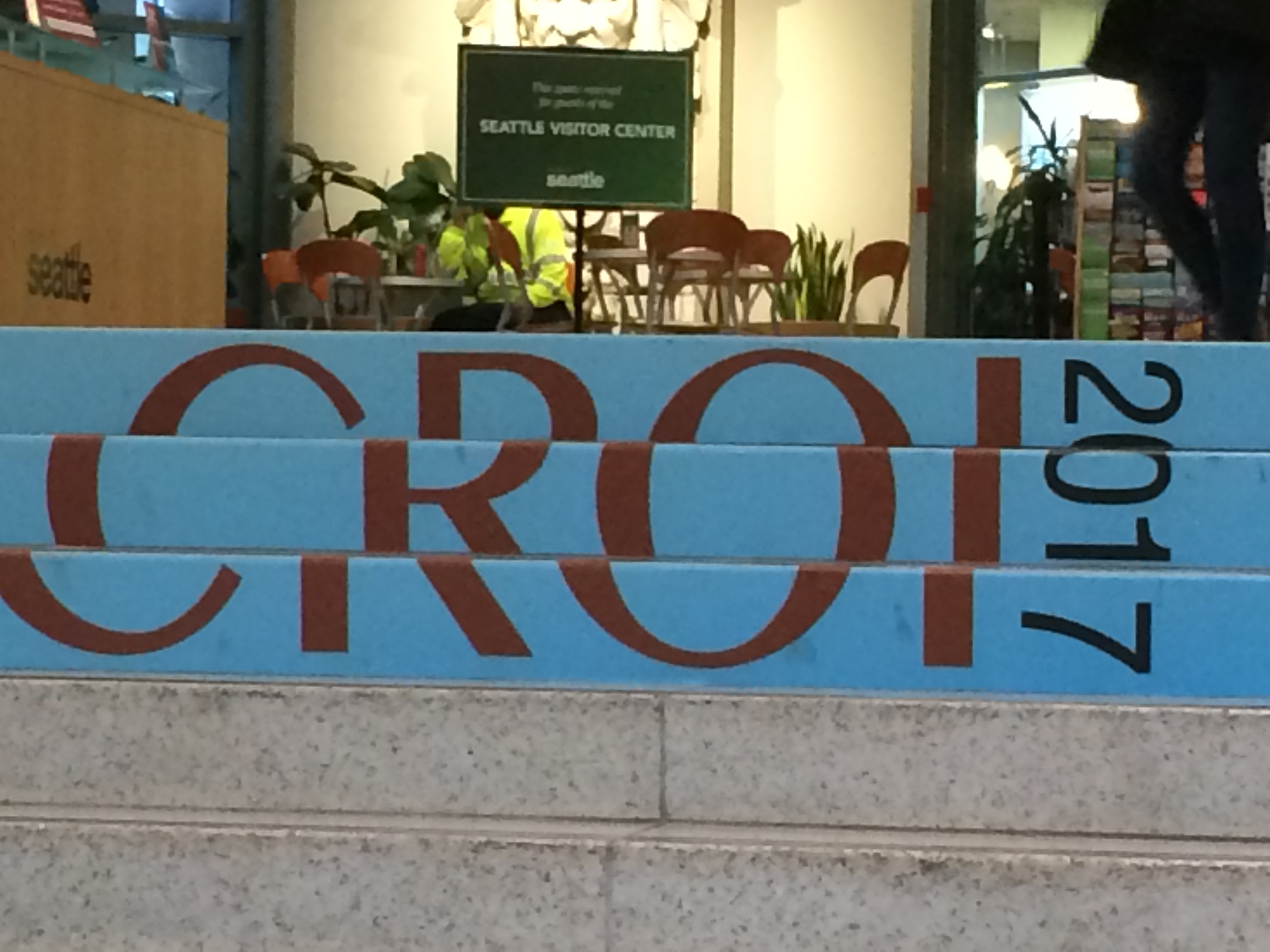 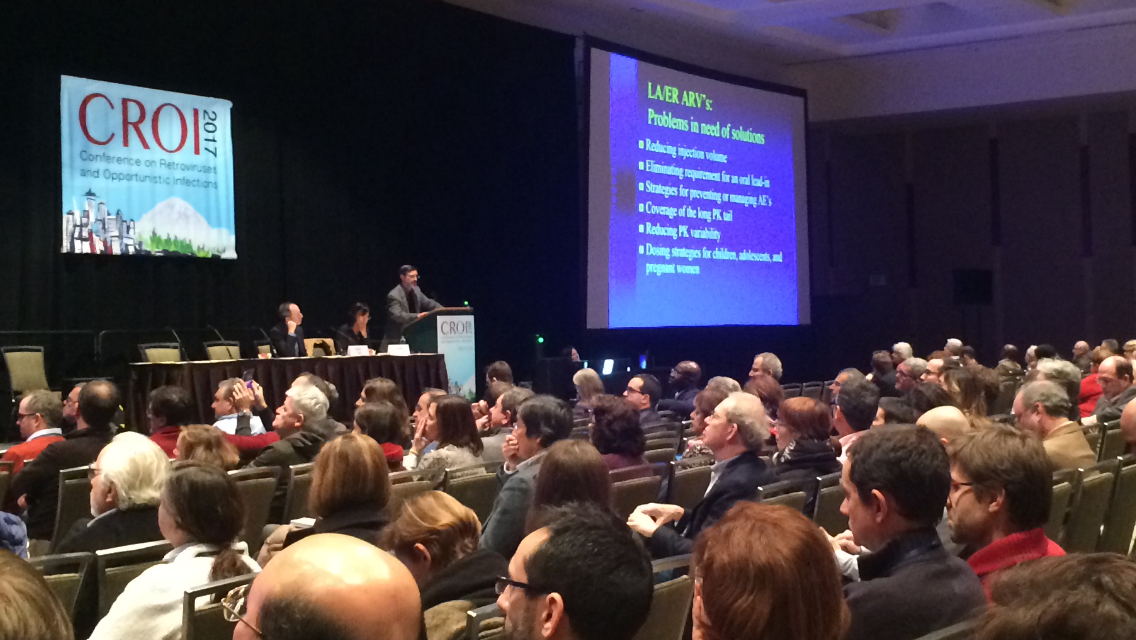 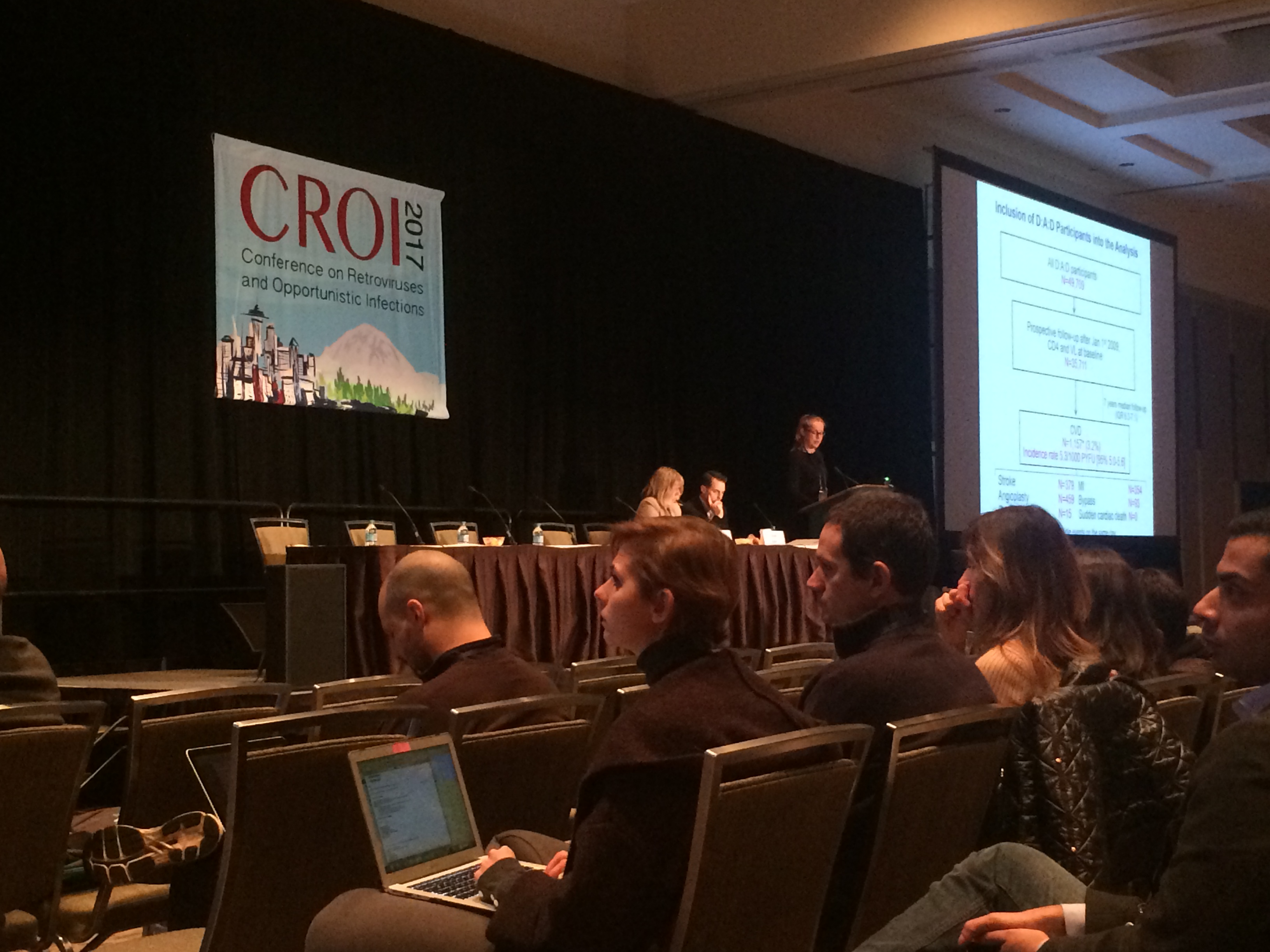